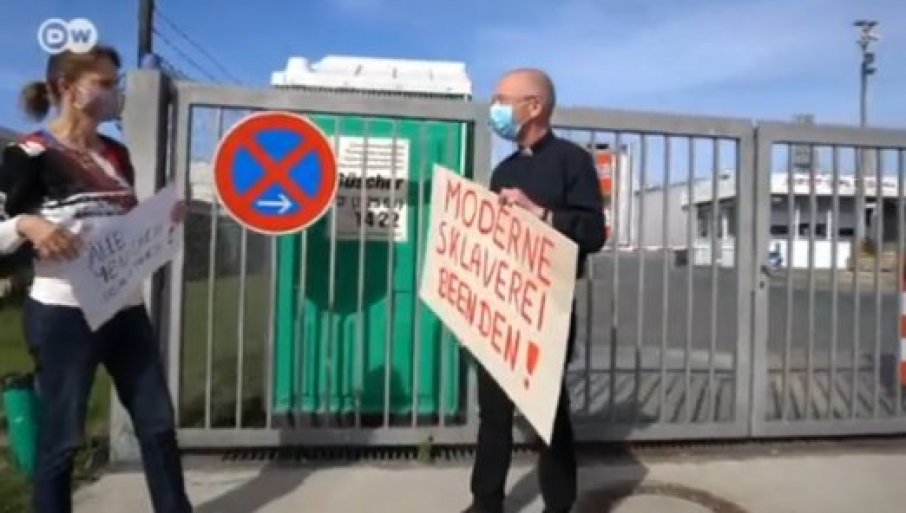 16:00
FELTON – WRITER WHO CONNECTED EAST AND WEST: One Miroslav Krleža did not give a statement about the Andrić Award

It was Thursday, October 26, 1961. At exactly 1 p.m., Ander Esterling, secretary of the Royal Swedish Academy, opened the creaking door in Stockholm’s Old Town and interrupted the roar of media representatives from all over the world, who had gathered for a ceremony held in previous decades to announce the writer’s name. who enters the immortals, who will be on the list of Nobel Prize winners.

CHAOS IN THE ASSEMBLY OF A FALSE STATE: Separatists quarreled over Serbian drink (VIDEO)

FELTON – WRITER WHO CONNECTED EAST AND WEST: One Miroslav Krleža did not give a statement about the Andrić Award

DAČIĆ ON VISA LIBERALIZATION FOR KIM: You can see that Pristina is their child

MUNICH IN THE ALBUM: Nataša Jovanović

POPCORN: German and French officials are pushing their proposal to the table – it’s all a scenario of future horror

Along with Sava Manojlović and Vuletić, at the “awakening for a just Serbia” and the man who made the Universiade miserable (PHOTO)

VUCIĆ: A wonderful evening with our Chinese friends (PHOTO)

FELTON - WRITER WHO CONNECTED EAST AND WEST: One Miroslav Krleža did not give a statement about the Andrić Award

(LIVE) VUCIC ON CURRENT TOPICS: President on elections and situation in Kosovo and Metohija

THERE IS NO CABBAGE WITHOUT A WOODEN POT: Randjel Cvetković, from Beli Breg near Aleksinac, cultivates one of the oldest crafts

SECRETS OF SANTA CLAUS: Brankica Janković received gifts that prove that her associates know her well