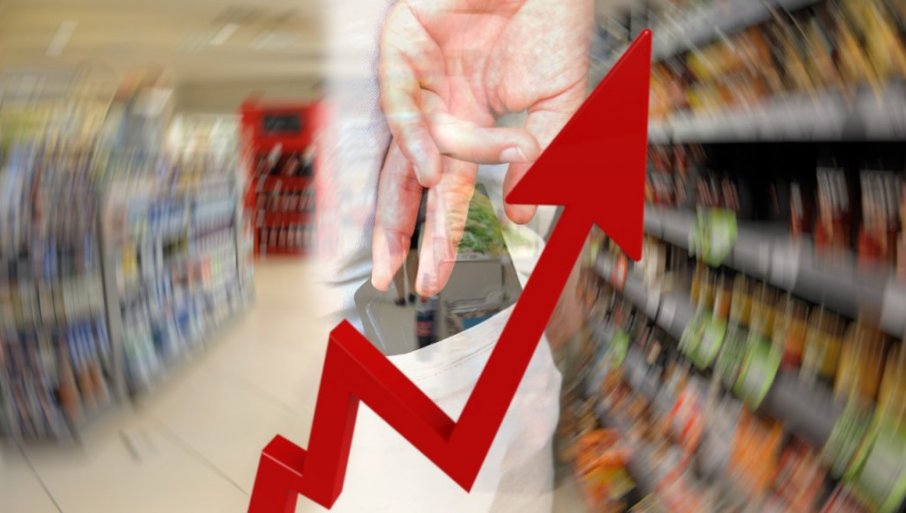 Annual inflation of 6.6 percent is not dramatic, but the problem is that we spend the most money on food that has become incomparably more expensive. Individual items and 40 percent. As she warned, this situation is used by “lazy” traders who “hunt in the dark” and announced that comparative prices of goods in retail chains will be found on the NBS website.

As they say from the Central Bank, they will inform the public about the manner of implementing this decision and placing links to products in stores. In the meantime, residents can “on foot” or surf the Internet to see for themselves the large price ranges of the same groceries. Thus, an equal bottle of oil, a kilogram of zucchini or a package of the same diapers, from chain to chain, are sold from a few dozen to a few hundred dinars difference.

The governor was personally convinced that certain items, specifically coffee, became drastically more expensive. In the interval of two weeks, 200 grams of this drink paid 239.99 dinars for the first time and 369 dinars for the second time. According to her, the big stores that we are all referred to every day will return like a boomerang that they are trying to compensate for the drop in turnover with high prices.

– The increase of 130 dinars in two weeks is inadmissible – said Tabaković.

– Analyzing the prices of that product in the retail chains from their sites, I determined that they range from 234 to as much as 374 dinars. As we work with the prices of bank services, which we publish on the NBS website so that everyone can see and compare them, we will also work with products in stores.

Economist Ljubodrag Savic, however, believes that a market economy means that a seller can build a price as long as there are buyers. It is dangerous, he adds, that such price increases can further accelerate the spiral of inflation.

– Apart from the real causes of inflation, the psychological factor is even more dangerous for inflation – says Savić.

– Manufacturers and sellers are starting to raise prices in order to protect themselves, so as one raises, so do the others. Customers behave in a similar way, so out of fear of rising prices, instead of one grocery they need, they make stocks. This increases the demand, and the sellers increase the price based on that. This is how the inflationary spiral is built.

As the interlocutor explains, the state can influence prices by filling commodity reserves – to buy grain, meat, milk and other products when there is a large supply and low price, and to correct the situation on the market by placing them.

At the moment when the products we use most often “went” 30, 40 and even 100 percent, the average inflation of 6.6 percent does not mean much to the citizens – Savić explains. – Unfortunately, the products that are most often used are the most expensive. If the Government had not intervened by freezing, the question is what price, for example, bread would have reached.

RUSSIA: We are ready to deliver air defense systems to Serbia as soon as possible

ZUBIN POTOK: A lawyer was hired because of the usurpation of Serb land

VUCIĆ AT THE CHINESE EMBASSY RECEPTION: I am proud of our friendship (PHOTO)

SOLD FOR 50 MILLION DOLLARS: This is Tito’s mansion in Manhattan – one of the oldest in New York (PHOTO)

SERBIAN KJU-AR OPENS THE DOOR TO THE EU: How the kovid pass issued in our country works in the European Union

DAČIĆ ON THE UPCOMING REFERENDUM: Constitutional changes in favor of the quality of justice