Tomorrow we celebrate ARANĐELOVDAN: Belief says that an angel descends among people, and ON THE NIGHT BEFORE THE HOLIDAY say this prayer 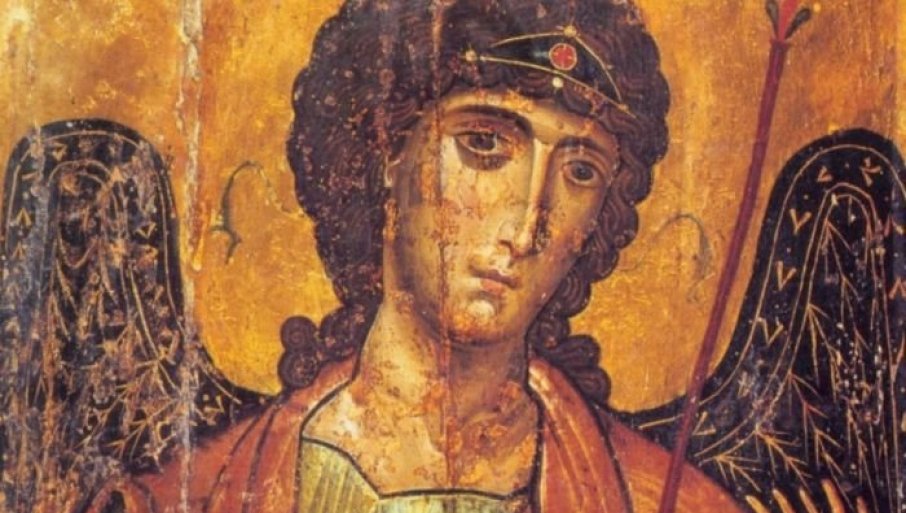 Tomorrow, the Serbian Orthodox Church and believers celebrate Arandjelovdan, one of the three most frequent celebrations among Serbs.

The Church dedicates Arandjelovdan to all angels, and the first among them to the Holy Archangel Michael. Belief says that he did not die and that he went down among the people as needed, as a traveler or a beggar.

Beliefs on the day of the Holy Archangel Michael

It is believed that Archangel Michael accepts the souls of the dead and, measuring their good and evil deeds on earth, sends them to heaven or hell. These beliefs on Arandjelovdan are considered true by our people.

According to popular belief, it is believed that the weather on Arandjelovdan will be the same throughout the winter and spring. In some parts of Serbia, this angel is also celebrated as the protector of cattle breeders because it is believed that only he can drive away wolves.

Prayer to the Holy Archangel Michael

Lord God, great King of the Beginners, send, Lord, Your Archangel Michael to help Your servants (names), deliver us from our enemies, visible and invisible.

O Lord’s Great Archangel Michael, six-winged First Princes and Duke of Heavenly Powers, Cherubim and Seraphim and All Saints! O Beautiful Archangel Michael, guardian of the unspoken Mysteries of God, be our Great Helper in everything: in insults, in sorrows, in sorrow, in deserts and on crossroads, on rivers and on seas, a quiet haven.

Deliver us, Great Archangel Michael, from all the lies of the devil, always hear us, Your sinful servants (names), praying to You and calling on Your Holy Name, hurry to help and hear our prayer.

Oh, Great Archangel Michael! Defeat all our opponents by the Power of the Honorable Life-Giving Cross of the Lord, the Prayers of the Most Holy Mother of God and the Holy Apostles, and Saint Nicholas the Wonderworker, the Holy Prophet Elijah, Saint Andrew the Fool, the Holy Great Martyrs Nikita and Eustatius, and the Holy Saints and All Saints and Martyrs Heavenly Forces. Amen.

VIKILIX DEPOSIT THAT DISCLOSED JEREMIC: As Minister of Foreign Affairs, he offered the Kosovo seat in the UN to support Tadic in the elections

CLEANING HAS BEEN STARTED: Work on the removal of the largest illegal landfill in Smederevo

INTENT FOR OUR PEOPLE TO LEAVE THEIR HOMES: Serbian list about ROSU action in Štrpce

VIKILIX DEPOSIT THAT DISCLOSED JEREMIC: As Minister of Foreign Affairs, he offered the Kosovo seat in the UN to support Tadic in the elections

VULIN PLACES KURTIJA IN PLACE: Greater Albania – the greatest danger to peace in the Balkans

AND THIS IS A DOG’S LIFE: Gunter has 688 million dollars, a private plane, a cook … (VIDEO)