SITUATION ALARMING DUE TO CANCER: Danica Grujicic’s cry – many people are dying and getting tumors 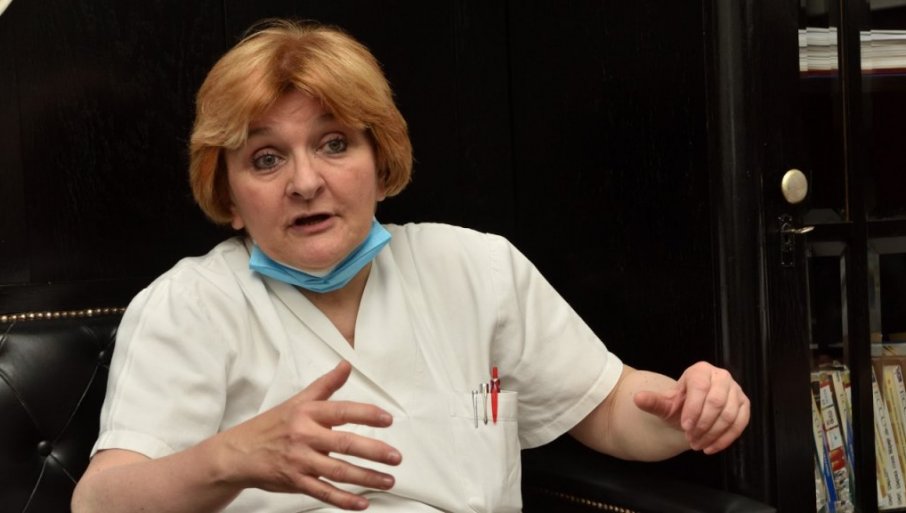 – A chemical and nuclear war was waged against Serbia. They deliberately bombed all those plants that were on the hazard maps. Every country has them and all the plants whose destruction can lead to an ecological catastrophe are marked there. NATO bombed those plants where hundreds of toxic substances contained in heavy metals to various types of acids, dioxins, organic compounds that are extremely toxic, went into the air, into the water, into the ground.

According to the doctor, depleted uranium is only one part that has been denied by some intellectuals because they do not understand what carcinogenesis is and what radiation is.

– When you measure radiation where depleted uranium is targeted, you will not measure any increased radiation. When the southern part of central Serbia was cleaned, our people found radiation that once exceeded the natural background radiation in that region by 1,000 times.

According to Dr. Grujicic, the problem with depleted uranium is when the projectile in which it is located explodes.

– Uranium nanoparticles are released that the wind can take away who knows where. When these particles enter our lungs, digestive tract, ie intestines, it is only a matter of time before the alpha particle emitted by that nanoparticle, ie the depleted uranium atom, will move into your cell and turn normal into malignant, which is carcinogenesis. It is a question of time and moment where you were, whether you inhaled, as well as what your immune system was like at that moment – the doctor said, adding that NATO had used weapons that were still banned at the time.

Danica Grujicic emphasizes that clinicians have noticed, especially when looking at mortality from malignant diseases, that tumors are increasingly aggressive and unpredictable.

– When treating a patient, you have the impression that you are fighting a tumor that changes its nature every hour. I often say that we do not have normal tumors, but we have to prove it. A lot of patients start treatment when the tumor is such that you can do little, and it’s not just because people don’t go to the doctor.

– This can be seen in children because they no longer have brain tumors that you can say are limited, but tumors from the frontal to the occipital lobe, and he adds that these are tumors that have expanded at the beginning, along the spinal cord.

The doctor said that the growth of malignant diseases has been recorded everywhere and that the WHO predicts that in 2025 there will be more oncological than cardiovascular patients.

Air quality: What to do?

– At that time, we inhaled much more toxic substances on a much larger surface than is only related to Belgrade or a certain part of Serbia. Serbia is not polluted, but there are probably some more parts. Our goal is to leave the country to the young generations who will be healthy and free from all toxic substances. We can do that by remediating the land, which is what Vinca did – said Dr. Grujicic.

IMPORTANT MEETING: Vučić talked with the Secretary of the Holy See for Relations with States

INTERVIEW Petar Petković: Pristina must discuss the formation of the JCC

BRNABIĆ: SNS is seriously fighting for the improvement of air quality

BRNABIĆ ON THE HYPOCRITICAL PRESSURE ON SERBIA: The import of Russian gas to some countries is higher than it was before the introduction of sanctions

BRNABIĆ: Rada Trajković’s dictionary about Serbs in Kosovo is not used by Aljbin Kurti either

BRNABIĆ: Kurti opened the issue of plates with the intention of harassing the people of Kosovo and Metohija

KURTI’S GOAL IS TO MAKE THE SERBS DISAPPEAR PERMANENTLY: Pristina will continue to violate agreements and regulations

INTERVIEW Petar Petković: Pristina must discuss the formation of the JCC

VIOLA “BLIND” TO SLAVERY IN GERMANY: While in Serbia she is “fighting” for workers’ rights, exploitation is flourishing in her country (VIDEO)

SERBIAN LIST: While Vučić is fighting for the Serbian people in Kosovo and Metohija, Rada, little Marko and Bogdanović are racing to please foreign mentors!