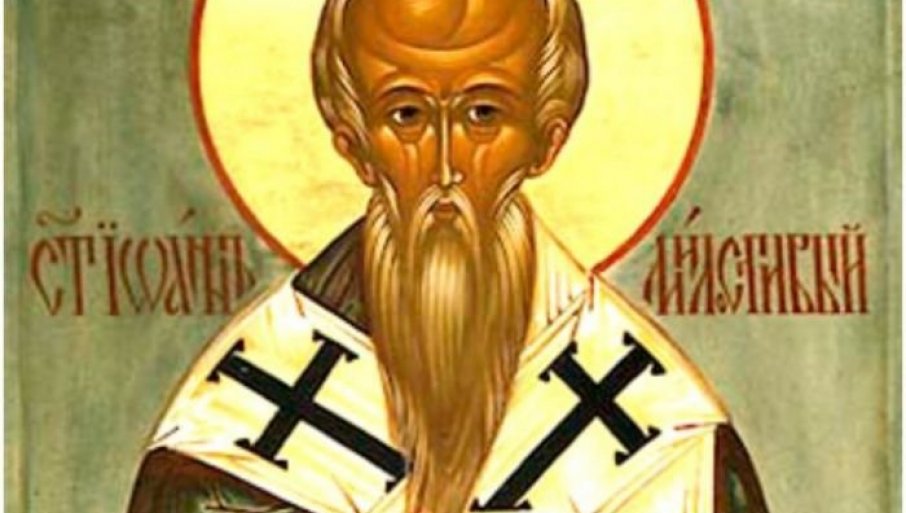 Today, the Serbian Orthodox Church and its believers are celebrating a holiday dedicated to St. John the Merciful, the Patriarch of Alexandria who lived at the end of the sixth and the beginning of the seventh century.

He was born in Cyprus in a princely family and was raised as a Christian from childhood. He lost his wife and children early, who passed away, so he was left alone. He is famous for his mercy and piety, and he was elected patriarch of Alexandria in the time of Emperor Hilary. He ruled the church for ten years as a true pastor and kept it from pagans and heretics.

Read more: “Big hearts love, and small ones want to be loved”: 20 life wisdoms written by the famous Tagore

He was a model of meekness, mercy and philanthropy, and he said: “If you want nobility, do not look for it in blood, but in virtue, because that is true nobility.”

He thought that God could not obey him if he did not obey and help the poor and needy. It was also noted that once Patriarch Jovan remembered the words of Christ: “if you bring your gift to the altar and there remind yourself that your brother has something on you”, then he remembered that one of the clergymen in the church has an evil will on him.

– He quickly left the holy gifts, approached the clergyman, fell at his feet and asked for forgiveness. And only when he reconciled with that man did he return to the altar.

When the Persians set out for Egypt, St. John the Merciful sailed for Cyprus, but fell ill and died in his birthplace in Cyprus in 620. His relics were transferred first to Constantinople, then to Budapest and finally to Pressburg.

It is celebrated by all Christian churches and is considered a saint of goodness, which is why it is believed that on this day you should be merciful to anyone who asks you for help.

If you are in a quarrel with someone, or angry at someone who has hurt you, forgive me. It is believed that whoever forgives, will return multiple prosperity and happiness.

IS THE CROWN SELF-DESTROYING? Scientists in Japan believe that the delta strain mutated in a way that leads it to extinction

IS THE CROWN SELF-DESTROYING? Scientists in Japan believe that the delta strain mutated in a way that leads it to extinction

ALBIN KURTI’S NEW PROVOCATION: He informed Borelj that he would not allow a referendum in Kosovo and Metohija on January 16

FROM NATO COMMANDER – “PEACEKEEPER”: British envoy Stuart Peach commanded the bombing of Serbian targets during the conflict in Yugoslavia