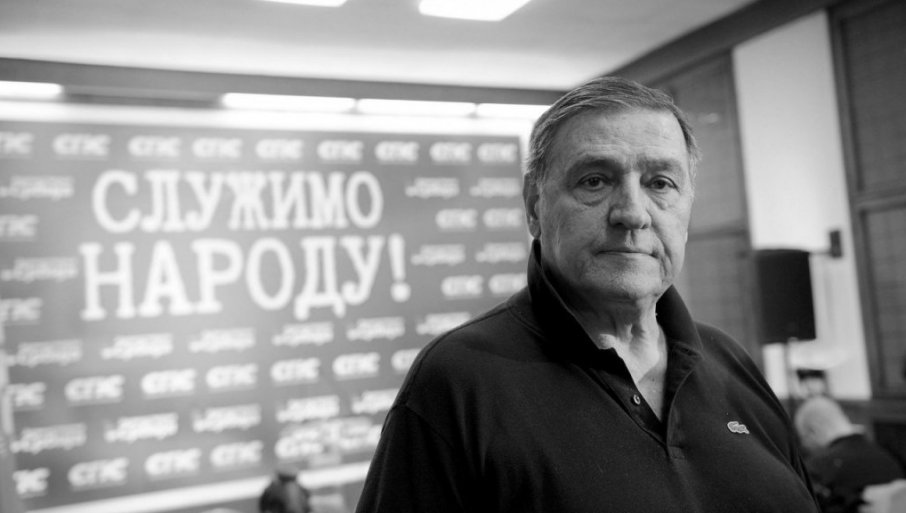 Milutin Mrkonjić always spoke with a lot of love and respect about the women who marked his life. And everyone knows that he spent several decades married to his wife Dragan.

Dragana Daša Mrkonjić, wife of Milutin Mrkonjić, graduated from the Faculty of Law. They have been married for 30 years. They have been divorced for years, although the officials have not divorced. Mrkonjic has been in a harmonious relationship with singer Ana Bekut for almost a decade. Despite the parting, Dasha and Mrka remained on good terms, and they often saw each other. However, he rarely spoke about one woman Mrka, and she was his first great love that he did not forget.

– My first love was called Jasmina. I was already an engineer when that happened between us. I was about 26-27 years old. We met in Brodarevo. She is a Muslim by the way. It was great love. At that time, we didn’t even see who was of what faith. I met her long after that. She also graduated from a law school in Sarajevo. I think that he is now a lawyer in Sarajevo – Mrkonjić once said in the show “Iz profil”.

“DIDN’T MRKA PASS UP?” Neighbor of politicians surprised by sad news: “A witty man is gone”

UNSEEN PHOTOGRAPHS OF MILUTIN MRKONJIC WITH SISTER NAD IN HER MOTHER’S ARMS – Alo.rs

MENGELE: We are not slaves to history, it is trapped in us

“THE WEST IS INCITING PRISTINA TO CAUSE BLOODSHED!” Seselj warns of hellish plans against Serbs – Kurti is not a normal man

UNSEEN PHOTOGRAPHS OF MILUTIN MRKONJIC WITH SISTER NAD IN HER MOTHER'S ARMS - Alo.rs

SCHMIDT AND DZAFEROVIC CHOIR AGAINST SERBIA: Banja Luka came under attack during the session of the UN Security Council dedicated to the situation in BiH

NO EXCHANGE OF PRISONERS FOR MEDVEDČUK: Peskov rejected Zelenski’s offer