Today we celebrate the Holy APOSTLE MATTHEW! On this day you must repay all DEBTS and say this PRAYER 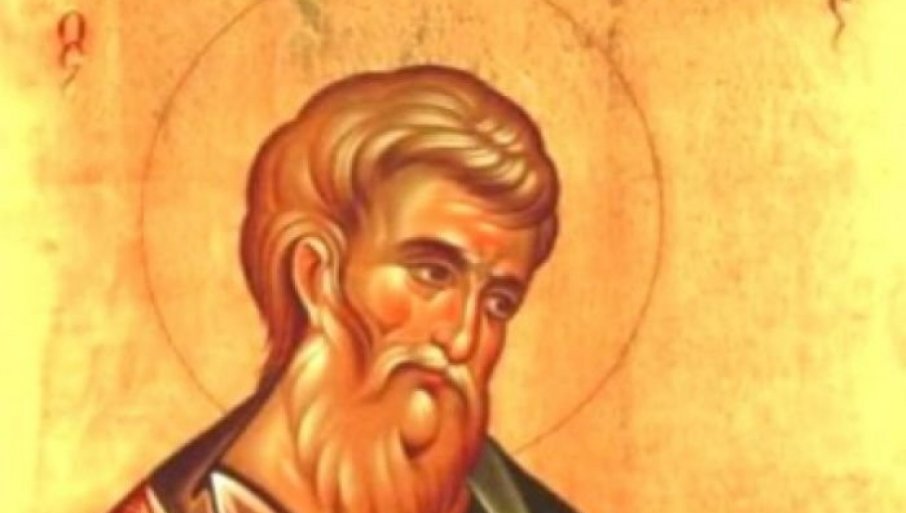 Serbs believe that all outstanding debts and taxes should be paid on this day. It is believed that Matthew never ate meat, but ate vegetables, fruits and cereals.

Today, the Serbian Orthodox Church and believers celebrate the holiday of the Holy Apostle and Evangelist Matthew, which is also popularly called Matthew’s Day. Portal Poreklo congratulates everyone who celebrates this saint, about whom Saint Nikolaj Velimirović wrote with inspiration.

Who was the holy evangelist Matthew

Read more: SANDRA BULOK great in the sixth decade: The actress wore a suit of color that we will see more and more (PHOTO)

Protector of bankers and taxpayers

Matthew is considered the protector of customs officers, tax collectors, bankers and accountants. The feast of St. Matthew, St. Matthew’s Day, is widespread among Serbs in Herzegovina. The Serbian Customs Administration has been celebrating St. Matthew’s Day as its baptismal feast since 2001.

He was a tax collector and a tax collector, but at the first call of the Lord in Capernaum, Matthew followed Christ diligently and with all his heart. He wrote the Gospel in the Hebrew language and it, translated into Greek, has reached us. After the descent of the Holy Spirit, the apostle Matthew preached the Gospel in Ethiopia, Parthia and Media. In Ethiopia, he appointed a certain Plato as his bishop, and then he retired to prayer solitude. He baptized the wife and son of the prince of that country and the prince ordered the soldiers to bring him to court. The soldiers never managed to see the evangelist, although they heard his voice, so in the end, the prince himself decided to catch him. He tortured him by lighting a fire on his chest, and the saint finally, praying to God, passed away. The prince ordered that Matthew’s body, in a lead box, be thrown into the sea, but Matthew miraculously appeared to Bishop Plato and told him where to find his body.

Read more: Each relationship goes through PHASE FIVE, but most couples stay stuck in the THIRD

Seeing all these miracles, the prince was finally baptized and received the name of Matthew, leaving all his earthly goods, and when he became a bishop, he served the Church pleasing to God for the rest of his life.

Serbs believe that all outstanding debts and taxes should be paid on this day. It is believed that Matej never ate meat, but ate vegetables, fruits and cereals.

Read more: Should a partner admit to cheating? A psychologist advises you to think carefully for ONE reason

Prayer on this day

It is believed that if you say this prayer today, everything will get better:

“In the midst of the tax collectors, who called the ruler Christ, appeared on earth as a man for gentleness, I followed that, the chosen apostle appeared and the evangelist of the gospel of the universe was loud. . “

ANOTHER EARTHQUAKE IN SERBIA: The ground in Kosovo and Metohija shook

THE FIRST BABY IN THE FOURTH DECADE: Will measures to encourage birth rates lower the birth rate in Serbia

MENGELE: We are not slaves to history, it is trapped in us

“THE WEST IS INCITING PRISTINA TO CAUSE BLOODSHED!” Seselj warns of hellish plans against Serbs – Kurti is not a normal man

THE FIRST BABY IN THE FOURTH DECADE: Will measures to encourage birth rates lower the birth rate in Serbia

THE HAGUE IS LOOKING FOR SESELJ AND SEVEN MORE SERBS AGAIN: Police hand over summons to Radical leader

TRAIN DEPARTS AT 11 AM: Vučić and Orban will put the Belgrade-Novi Sad railway section into operation tomorrow