“CUCKOO’S NEST” ON TOUR: The BDP play will tour the capitals of the former Yugoslavia 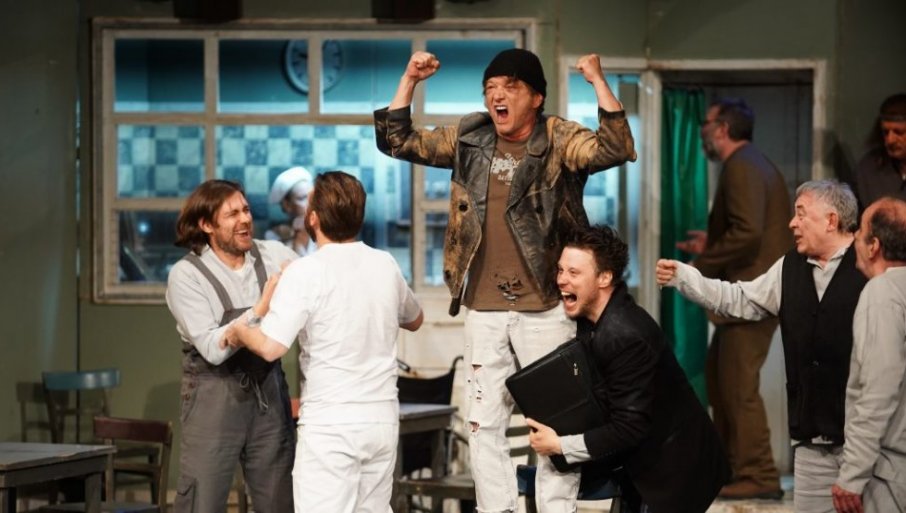 THE TEAM of the Belgrade drama and the play “One Flew Over the Cuckoo’s Nest” (directed by Žanko Tomić) has recently embarked on a tour of the region: tonight and tomorrow they play in Skopje (MNT), in Ljubljana (MGL) on October 24, in Zagreb (ZKM ) a day later, in Podgorica (CNP) and Banja Luka (NPRS) at the end of November, while in Sarajevo at the beginning of December.

ONLY ONE REQUEST FOR REGISTRATION IN NORTH MITROVICA: “The small turnout of Serbs sends a message that unilateral decisions by Pristina cannot pass”

VUCIĆ SAID: The most difficult period is ahead of us, more difficult than the nineties – we have to preserve both the left and right banks of the Danube, for ourselves, for our people

ARGENTINA’S “SLAP” FOR A FAKE COUNTRY: Pristina sends “peacekeepers”, the answer arrived – “It’s our territory, the British are the occupiers”.

HISTORY OF BIG HATRED OF SMALL DIFFERENCES: The anti-Serb coalition as the political basis of the second Yugoslavia

“SERBS REMEMBER HER ARROGANT BEHAVIOR”: Petković told the director of DZ Gračanica – “She will not wash her conscience that she chose Kurti”

The question of the day is when Kurti is going to do another stupid thing?

FELTON – DECEMATED INDIANS WITH INFECTED BLANKETS: “Biological” warfare was also used in the conquest of the American continent

VUCIĆ SAID: The most difficult period is ahead of us, more difficult than the nineties - we have to preserve both the left and right banks of the Danube, for ourselves, for our people

WHO AND WHY WANTS TO KILL VUCIC Palma: Investigative bodies must not stop, they must fully investigate the planning of the assassination of the president

(LIVE) MEETING OF THE SNS PRESIDENCY: President Vučić has arrived